ECM 2.3 variable-speed motor technology can be compared to using a dimmer switch in lighting applications, meaning it is highly variable, making its precise performance ideal for a variety of advanced applications. Most manufacturers typically position an ECM 2.3 motor as a premium product offering and use the motors in furnaces, air handlers, condensing units and packaged products. The popularity of the ECM 2.3 motor can be attributed to its performance, flexibility and reliability.

(Note: There are several other ECM motor designs on the market. Some of these models are identified as ECM 2.5 or ECM 3.0 and include additional features that allow for more sophisticated programming options specifically intended for equipment that utilizes communicating control systems (also known as four-wire systems). In any case, the information that follows generally applies to all three ECM motor types.)

PSC single-speed motor technology has been the standard in the industry for many years and represents the highest installed base. PSC motors are typically positioned by most manufacturers as a standard product offering and are used in furnaces, air handlers, condensing units and packaged products. The popularity of the PSC motor can be attributed to its simplicity, reliability, low cost and flexibility. 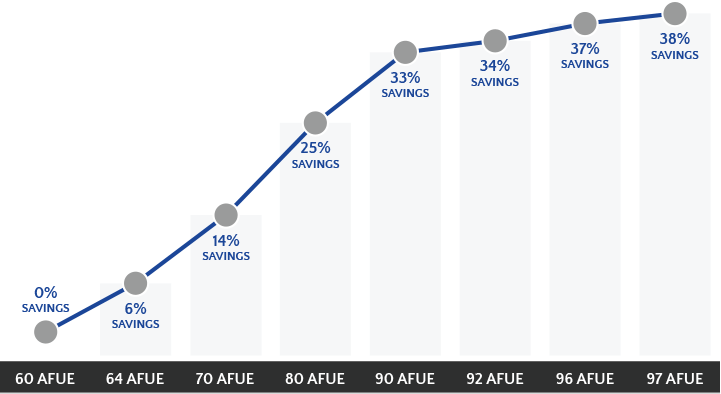 he AFUE is the most widely used measure of a boiler or furnace's heating efficiency. It measures the amount of heat actually delivered to your house compared to the amount of fuel that you must supply to the furnace. Thus, a furnace that has an 80% AFUE rating converts 80% of the fuel that you supply to heat -- the other 20% is lost out of the chimney. 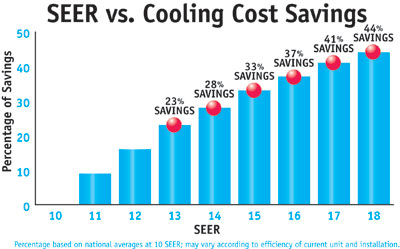 cy, which is calculated by the cooling output for a typical cooling season divided by the total electric energy input during the same time frame. A SEER rating is a maximum efficiency rating, similar to the miles per gallon for your car. Your car might get 28 miles per gallon on the highway, but if you’re stuck in city traffic it could be lower. If your air conditioner is 21 SEER, that’s its maximum efficiency. 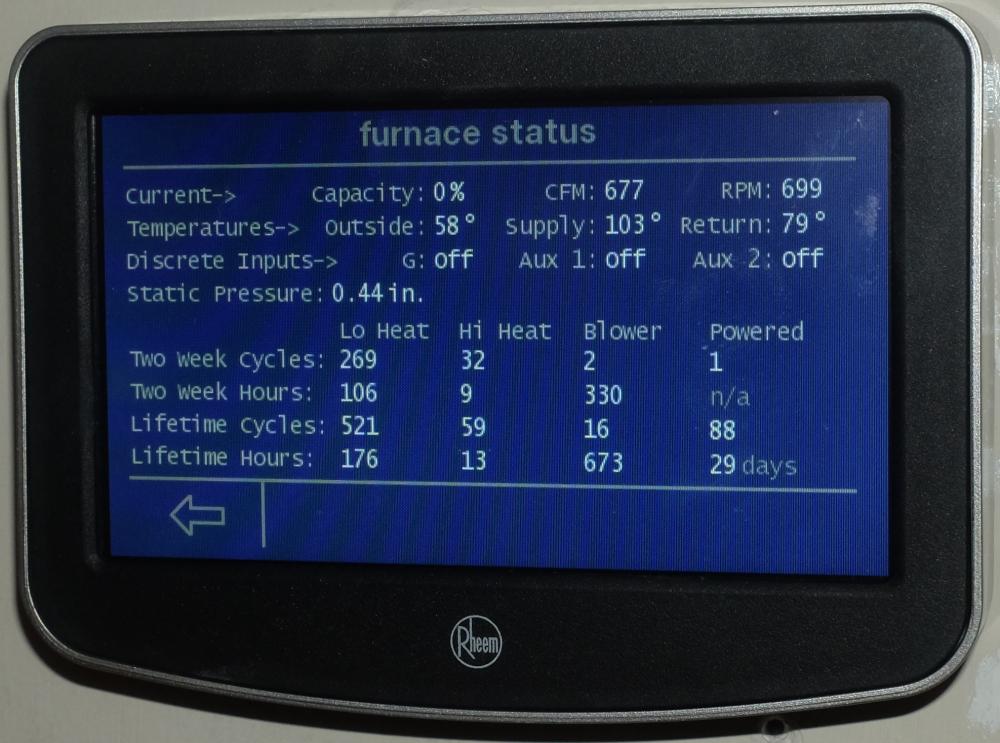 tronic representation of relay logic. Things are either off or on. The controls work something like a light switch – when the switch is on the light operates, when it is off the light is off. Thermostats are basically switches that are controlled by temperature.

The standard air conditioning control system uses relay logic or an electronic representation of relay logic. Things are either off or on. The controls work something like a light switch – when the switch is on the light operates, when it is off the light is off. Thermostats are basically switches that are controlled by temperature.

Smart thermostats are the latest trend in home heating. A smart thermostat can switch your heating on or off remotely via the internet - so you can use your smart phone to turn your heating on when you're on your way back from a weekend away, or off when you pop out unexpectedly. Many of these programmable digital heating systems show you how much heating you’re using. Some smart thermostats also monitor your usage and learn your routine. There are several brands of smart heating thermostats on the market, and each works in a slightly different way.

The refrigeration cycle takes advantage of the relationships between pressure, temperature, and volume, in such a way that heat is collected inside and released outside. It uses a condenser, a compressor, and an evaporator to accomplish this task.

When your furnace is too big, it will blast your home with too much conditioned air at one time. This can make your rooms feel too warm when your furnace is operating and lead to major temperature swings in your home. In addition, the rooms that are far away from your furnace will likely not receive enough warm air because the area around your thermostat will heat up too quickly and your furnace will shut down before every room is properly heated.

When sizing an HVAC system the outdoor temperature used to determine the typical coldest & hottest day is called the "design temperature."

Combi boilers usually have two independent heat exchangers; one of which carries a pipe through to the radiators, while the other carries a similar pipe through to the hot water supply. When you turn a hot tap on, your boiler fires up to heat water and a valve is opened to send the water out through a network of pipes. A combi boiler will usually need to pause from heating the central heating water for your radiators while it’s heating the hot water for your tap, because they often can’t supply enough heat to supply to both at the same time. For this reason, you might hear your boiler switching on and off when you run a hot water tap even if they’re already lit to power the central heating.

Condensing boilers are water heaters fueled by gas or oil. They achieve high efficiency (typically greater than 90% on the higher heating value) by condensing water vapour in the exhaust gases and so recovering its latent heat of vaporisation, which would otherwise have been wasted. This condensed vapour leaves the system in liquid form, via a drain. In many countries, the use of condensing boilers is compulsory or encouraged with financial incentives.

When condensing boilers don't fit the budget or the design there are always mid-efficiency boilers which can do the job. These boiler run at approximately 75-85% AFUE and typically come in two different styles.